Dylan is the founder of ReefQuest and despite his young age, leads the development of the ReefQuest web site and is the creator of its centerpiece, the "Virtual Reef". 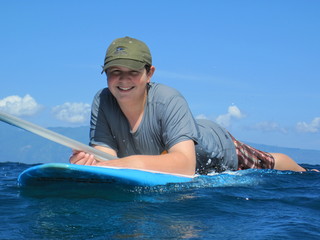 Dylan has personally taken thousand of underwater images that are being processed into the Virtual Reef 3D panoramas, and manages the Photosynth process involving in stitching those images into 3D transects. He has also played a critical part in the development of the @School Curriculum for middle and high schools. Dylan has received two commendations for his work on ReefQuest, one in 2011 one in 2012, from U.S. President Barak Obama,as well as a letter of commendation from the Environmental Protection Agency's Dylan was also select as a 2012 Global Teen Leader at the Three Dot Dash Just Peace Summit, the prestigious mentoring program promoted by the We Are Family Foundation in New York. As a result, Dylan and ReefQuest are currently being mentored by ocean conservation organization Oceana's Sr. Scientist, Margot Stiles.  Dylan was also nominated a Jr. Ocean Hero finalist by Oceana in 2011. The youth organization Kid's Heroes recognized Dylan as one of its Heroes for 2011. Dylan has received extensive press coverage and is a frequent speaker to schools and to many students on the subject of coral reef preservation, ocean conservation and marine environmental stewardship. In 2013, Dylan was invited to speak at the prestigious TEDxTeen Conference held in New York City. TEDxTeen is a TEDx event, where dedicated youth come to talk about the action and efforts they are taking to change the world. 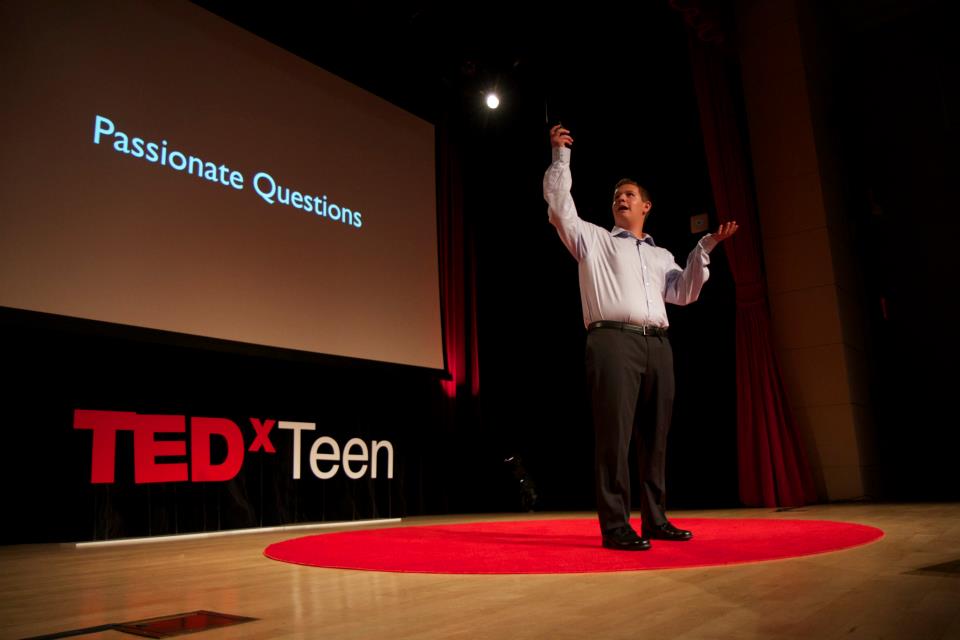 Dylan's talk was about ReefQuest, and how asking Passionate Questions, like Dylan did when he was young, will inevitably change the world. Watch Dylan's Talk now! Find out More about TEDxTeen at www.TEDxTeen.com.

Dylan is a certified Rescue Diver and recently received his Scientific Diver certification from Cornell University. He is also an avid sailor and swimmer.  Dylan attends the 12th grade at Wildwood School in Los Angeles, CA.

Maurizio is Dylan's father and was ReefQuest's first volunteer, as well as Dylan's mentor in creating ReefQuest. Maurizio is a physicist and has been a pioneer in the field of imaging as well as nanotechnology. He has worked for the National Aeronautic and Space Administration (NASA) and the European Space Agency (ESA), developing remote sensing and image processing technologies for deep space and interplanetary

missions. Maurizio has helped Dylan and ReefQuest volunteers develop protocols, techniques and technologies related to the Virtual Reef and the @School ReefQuest curriculum.  Maurizio is a successful high technology entrepreneur and has been instrumental in connecting ReefQuest to its many corporate partners and sponsors. Maurizio is Vice President of Global Good at Intellectual Ventures. In this role, he oversees Intellectual Ventures collaboration with Bill Gates to invent and deploy technology specifically focused on improving life in developing countries.  Maurizio is also Chairman of The IDEAS Studio, a new-media educational company and partner of ReefQuest. He is also Chairman of cancer drug nano delivery company Arrogene Nanotechnology and also a Chairman of private equity and high-technology corporate incubator Synthetica. Maurizio has been an invited speaker at TED, has won the prestigious DEMO award, was twice a finalist for E&Y's Entrepreneur of the Year award and is a frequent contributor to the press on matter of science, education and public policy related to innovative education. Maurizio is a certified scuba diver (right) and has assisted ReefQuest founder Dylan in capturing the thousands of pictures needed for the first generation of the virtual reef. Maurizio is also a volunteer officer in the United States Coast Guard Auxiliary and has been involved is a variety of United States Coast Guard operations including the effort during the Haiti earthquake response and the Deepwater Horizon oil spill in the Gulf of Mexico.

and the @Home curriculum. He is also the co-founder and CEO of the IDEAS Studio who has co-developed ReefQuest. Zac is also the founder and CEO of Zac Hartog Events, an internationally recognized special events and production firm. Zac Hartog brings to ReefQuest over 20 years of experience in the film and television industry, combined with a strong background in education. Zac's experience combines a strong creative and production track record with management skills. He has developed educational programming at the convergence of entertainment and education, as "edutainment". Zac's production portfolio includes over 300 commercials, television shows, music videos and feature films. He has been awarded top honors such as the Mobius Advertising Award, Telly Award, New York Festival, Axiem Award, Communications Award and Cine Award.  Zac is also an avid triathlete.