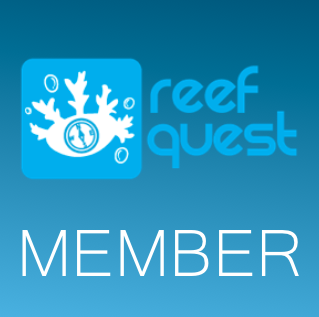 How Start Your Vegetable Garden

Soil is a base within all kinds of gardening. Actually this may be the base of everything. This will be the bed, may also be house of one's plants. Desire to to best man right soil to increase your organic food crops. Make sure you base your selection in developing the plants on the sorts of of soils that may be found in location. Unquestionably you want to know the backyard soil really in advance before seeding.

Work out roughly how to make your divisions. Some plants you could tease…

We Are Family Foundation & ReefQuest

ReefQuest member and friend Max Beck has created a new PSA on ReefQuest. We think he did a fabolous job. Thank you so much Max. Enjoy everyone!

Dylan Vecchione will speak of the importance of citizen science and of taking action in the context of Kahekili Reef conservation efforts.

The theme of the fourth annual TEDxTeen conference, “The Audacity of whY,” aims to focus the conversation

on Generation Y and their power to change the world.

As with TEDxTeen 2012, the conference will be webcast the conference live from New York City to provide access to viewers worldwide. Weʼre also encouraging ReefQuest…

(Repost from Wes Maui Watershed News) CORAL will hold a water reuse readiness workshop on Friday, April 5th, from 9 am to 2 pm. The workshop will start with a tour of the Lahaina Wastewater Reclamation Facility, in partnership with the Maui Hotel & Lodging Association’s Engineers Advisory Council. Steve Parabicoli, Maui County Wastewater Operations Program Superintendent, will conduct the tour and provide an update on the facility’s current and future plans for upgrades. After the tour…

(Repost from Liz Foote, Coral.org West Maui Watershed News, March 2013)  Back in December, you may have seen some press (here, here, and here) on the results of a study conducted by the University of Hawaii to investigate the connection of treated wastewater effluent (disposed of through gravity-fed injection wells) to the water emerging as freshwater seeps amongst the nearshore reefs of North Ka’anapali.

Live from the bottom of the ocean: the Acquarius underwater station in the Florida Keys National Marine Sanctuary

Hanauma Bay, Oahu, Hawaii is our next Virtual Reef!

We are very pleased to report that the students and teachers of the Academy of the Pacific, in Honolulu,  led by Science professor Mary Costello are getting ready to complete the first Virtual Reef on Oahu, none other that Hanauma Bay! This location is the site of Hawaii's oldest Marine Protected Area, created in the '60s. We are really excited to begin monitoring coral health using the Virtual Reef protocols and virtual survey techniques. To help the students complete the project…

What about Remote Control ROVs?

Some of ReefQuest's schools have taken up the project of working with Remotely Operated Vehicles to support imaging activities such as the Virtual Reef. We are not yet aware of any actual Virtual Reefs transects built that way, and we are currently working with those schools to understand their protocols and help them fine tune imaging. Now for a big piece of news: here at ReefQuest in California we have begun building our own ROV, based on an award winning design and kid developed by a high…

We have added something new to ReefQuest. As we move on the 2nd year of monitoring coral reefs through our virtual reef and as we prepare to publish updates to the virtual reefs as well as new virtual reefs we are introducing the Virtual Reef Timeline, which allows you to see all virtual reefs over time. Try it out!  As we publish new yearly surveys visit the same spots and look for how the reef is…

This report documents results of a study commissioned by the National Oceanic and Atmospheric Administration (NOAA) to improve methods for measuring the economic values that the U.S. public places on the protection and restoration of coral reef ecosystems. The work focused on the coral reefs of Hawaii. These reefs are obviously of economic importance to both the state and the nation, yet there has been less economic research focused on the reefs of Hawaii compared to other parts of the…

Seven popular dive sites in the Andaman Sea will be closed for at least six more months to allow coral damaged by bleaching to recover. The National Parks Wildlife and Plant Conservation Department ordered the temporary closure of 18 diving sites at seven marine national parks in the Andaman Sea in January last year because of the coral bleaching phenomenon.

Recent study has evidenced that some coral species may be able to adapt to warmer Ocean. This finding was from the study by international coral reef scientist published in PLOS One journal which reported that coral population which unexpectedly survives from a massive bleaching in 2010 was previously experienced severely bleaching in 1998 event. The study was conducted in three sites in Indonesia, Malaysia and Singapore. At one in Indonesia that had not bleached previously, corals…

Dylan, it's fascinating to read your blogs.  I never knew the role(s) Parrotfish play in the reefs.

Re-inventing science education: how one teen is motivating others to take up science and environmental activism

ReefQuest Creator Dylan Vecchione, 13, chosen as 2012 Three Dot Dash® Global Teen Leader by We Are Family Foundation® . He will receive year long professional mentoring designed to help expand his program for a better approach to environmental science education and activism in kids

THE ARC CENTRE OF EXCELLENCE FOR CORAL REEF STUDIES - Australian scientists have urged greater consideration for the brilliantly-hued parrot fishes that tend and renew the world’s imperilled coral reefs.

“Parrotfishes are the constant gardeners of the reef. They play a crucial role in keeping it healthy, suppressing weed, removing sediment and helping the corals to regrow after a setback,” explains Professor David Bellwood of the…